One of the planes used for the movie, a twin-engine Smith Aerostar 600, was flying from Santa Fe de Antioqia, Colombia, to Medellin when it ran into bad weather and crashed in the Andes in 2015. (Photo: ‘American Made’ movie trailer screentshot)
A 2015 Colombia airplane crash that killed two men and seriously injured a third during the filming of Tom Cruise’s upcoming film “American Made” has spun off a new dispute in Georgia, where one insurer has sued another seeking at least $450,000 in mounting legal bills.

Great American has already sued many of those same defendants to shield itself from some of their legal expenses and any potential judgments.

Great American’s filings in federal court in California assert, among other things, that the pilot of the aircraft, who was killed in the wreck, may have been both inexperienced and not authorized to fly it under the terms of its policy, and that the plane may have been used for an unexplained “unlawful purpose.”

According to court filings, Great American carried a $50 million per occurrence liability policy for the owners of the aircraft and Allianz carried a $25 million policy for production company Mena Productions.

“American Made,” whose working title was “Mena,” is the story of Barry Seal, a onetime TWA pilot who turned to drug and gun-smuggling for the Medellin Cartel and was recruited by the Drug Enforcement Agency during the 1980s to try to capture cocaine kingpin Pablo Escobar.

Plane crashed in the Andes

The film, starring Cruise as Seal, is slated for release in September. Much of the production was filmed in various Georgia locales.

One of the planes used for the movie, a twin-engine Smith Aerostar 600, was flying from Santa Fe de Antioqia, Colombia, to Medellin when it ran into bad weather and crashed in the Andes in 2015.

Killed were Carlos Berl and Alan Purwin, a co-owner of Heliblack, the company that owned the plane. Jimmy Garland, owner of S&S Transportation in Cherokee County, was badly injured.

All three men were pilots, although Berl, who was reportedly flying the plane at the time, is described in one suit as lacking “the necessary qualifications, skill, competence, and general suitability” to manage the aircraft.

Under its policy with Heliblack, Great American agreed to provide representation to some of the defendants but denied coverage to others that it claimed were not named insureds.

In May, Great American sued 14 defendants in California’s U.S. District Court for the Central District seeking declaratory judgment as to its duties to defend the dead men’s estates and other defendants involved in the movie’s production.

The Allianz policyholder is Mena Productions LLC, a California company named as defendant in the state court suit filed by Berl’s estate and the Great American action. Allianz is not a party to those lawsuits.

In its Georgia suit, Allianz seeks a declaration that Great American is the primary carrier for any parties deemed to be “common insureds” under both policies, and that its only duty is to provide secondary and excess coverage.

The suit said Allianz has already incurred at least $475,000 defending defendants in the underlying suits, and is alone in providing a defense for three production companies that Great American has refused to indemnify.

Great American’s lawyers in the California action also did not reply by press time. 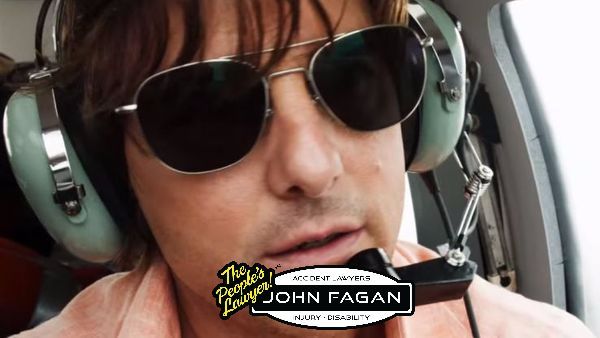